What Is the Real Impact of Social Media? 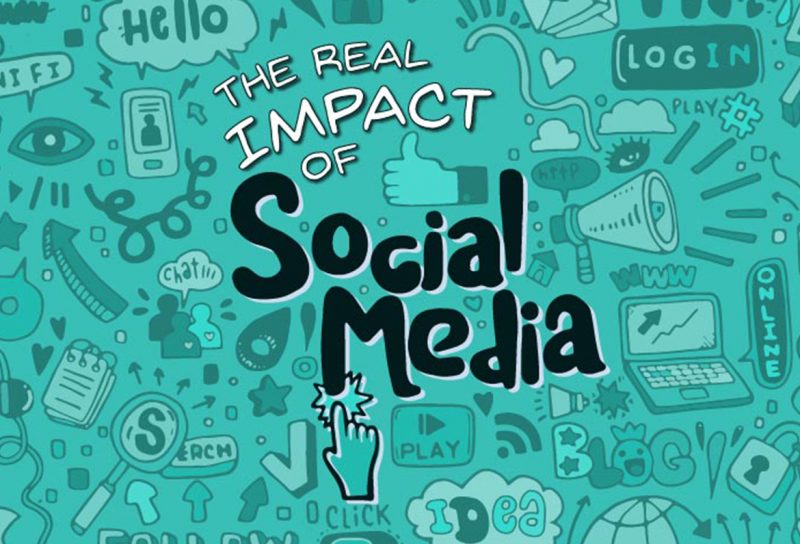 Information and communication technology has changed rapidly over the past 20 years with a key development being the emergence of social media.

The pace of change is accelerating. For example, the development of mobile technology has played an important role in shaping the impact of social media. Across the globe, mobile devices dominate in terms of total minutes spent online. This puts the means to connect anywhere, at any time on any device in everyone’s hands.
Why People Share Information?
A fascinating study by New York Times Consumer Insight Group revealed the motivations that participants cited for sharing information on social media. These include a desire to reveal valuable and entertaining content to others; to define themselves; to grow and nourish relationships and to get the word out about brands and causes they like or support.

These factors have caused social networks to evolve from being a handy means for keeping in touch with friends and family to being used in ways that have a real impact on society.

Social media is being used in ways that shape politics, business, world culture, education, careers, innovation, and more.
Here are seven ways the impact of social media is felt by individuals and social groups:

1. The Effect of Social Media on Politics

A new study from Pew Research claims that 62 percent of people get their news from social media, with 18 percent doing so very often.

In comparison to other media, social media’s influence in political campaigns has increased tremendously. Social networks play an increasingly important role in electoral politics — first in the ultimately unsuccessful candidacy of Howard Dean in 2003, and then in the election of the first African-American president in 2008.

The New York Times reports that “The election of Donald J. Trump is perhaps the starkest illustration yet that across the planet, social networks are helping to fundamentally rewire human society.” Because social media allows people to communicate with one another more freely, they are helping to create surprisingly influential social organizations among once-marginalized groups.

2. The Impact of Social Media on Society

Almost a quarter of the world’s population is now on Facebook. In the USA nearly 80% of all internet users are on this platform. Because social networks feed off interactions among people, they become more powerful as they grow.

Thanks to the internet, each person with marginal views can see that he’s not alone. And when these people find one another via social media, they can do things — create memes, publications and entire online worlds that bolster their worldview, and then break into the mainstream.
Without social media, social, ethical, environmental and political ills would have minimal visibility. Increased visibility of issues has shifted the balance of power from the hands of a few to the masses.

While social media activism brings an increased awareness about societal issues, questions remain as to whether this awareness is translating into real change.

Some argue that social sharing has encouraged people to use computers and mobile phones to express their concerns on social issues without actually having to engage actively with campaigns in real life. Their support is limited to pressing the ‘Like’ button or sharing content

This is a very human reaction when people are given options that absolve them from responsibility to act. A 2013 study by the University of British Columbia’s Sauder School of Business found that when people are presented with the option of ‘liking’ a social cause, they use this to opt out of actually committing time and money to a charitable cause. On the other hand, when people are allowed to show support in private, they are more likely to show meaningful support in terms of making a financial contribution.

The researchers found that a public endorsement is an action meant to satisfy others’ opinions, whereas people who give in private do so because the cause is aligned to their values.

3. The Impact of Social Media on Commerce

Businesses have realized they can use social media to generate insights, stimulate demand, and create targeted product offerings. This is important in traditional brick-and-motor businesses, and, obviously, in the world of e-commerce.

Many studies suggest implementing social networks within the workplace can strengthen knowledge sharing. The result is to improve project management activities and enable the spread of specialized knowledge. Fully implementing social technologies in the workplace removes boundaries, eliminates silos, and can raise interaction and help create more highly skilled and knowledgeable workers.

The flip side: Low number of social ‘shares’ can lead to negative social proof and destroy business credibility

Interestingly, although the use of social sharing has become the norm rather than the exception in business, some companies, after experiencing first-hand some negative effects of social media, have decided to go against the grain and remove the social sharing buttons from their websites.

These results highlight the double-edged nature of the impact of social media. When products attract a lot of shares, it can reinforce sales. But when the reverse is true, customers begin to distrust the product and the company. This is what Dr. Paul Marsden, psychologist and author of ‘The Social Commerce Handbook’, referred to as ‘social proof’.

4. The Effects of Social Media on the World of Work

Social media has had a profound effect on recruitment and hiring. 19 percent of hiring managers make their hiring decisions based on information found on social media. According to CareerBuilder’s 2016 social media recruitment survey, 60 percent of employers use social networking sites to research job candidates.

Professional social networks such as LinkedIn are important social media platforms for anyone looking to stand out in their profession. They allow people to create and market a personal brand.

5. The Impact of Social Media on Training and Development

Job candidates who develop skills on the latest and most advanced social media techniques are far more employable.

A 2013 survey by Pearson Learning Solutions reported a significant increase in the use of social media in learning. Over half the educators who were interviewed agreed that social sharing encourages interaction, providing an environment that fosters learning.

Blogs, wikis, LinkedIn, Twitter, Facebook, and podcasts are now common tools for learning in many educational institutions. Social media has contributed to the increase in long-distance online learning.

Despite issues of lack of privacy and some instances of cheating among long-distance learners, this has not deterred social platforms from being used in education.

6. The Moral Challenges of Social Media

Social media has been blamed for promoting social ills such as:

Teenagers have a need to fit in, to be popular and to outdo others. This process was challenging long before the advent of social media. Add Facebook, Twitter, Snapchat and Instagram into the mix and you suddenly have teenagers being subjected feeling pressure to grow up too fast in an online world.

Michael Hamm, a researcher from the University of Alberta conducted a study that showed the effects of social media on bullying. 23% of teens report being targeted and 15 percent said they’d bullied someone on social media. Teenagers can misuse social media platforms to spread rumors, share videos aimed at destroying reputations and to blackmail others.

Stalking, identity theft, personal attacks, and misuse of information are some of the threats faced by the users of social media. Most of the time, the users themselves are to blame as they end up sharing content that should not be in the public eye. The confusion arises from a lack of understanding of how the private and public elements of an online profile actually work.

Unfortunately, by the time private content is deleted, it’s usually too late and can cause problems in people’s personal and professional lives.

7. The Impact of Social Media on Personal Relationships

One of the effects of social media is encouraging people to form and cherish artificial bonds over actual friendships. The term ‘friend’ as used on social media lacks the intimacy identified with conventional friendships, where people actually know each other, want to talk to each other, have an intimate bond and frequently interact face to face.

We do ordinary things in extraordinary ways.

Our belief in being extraordinary has allowed us to grow into a regional full-service advertising agency.